The BESTBROOD project will contribute with knowledge to four emerging species: the spotted wolffish, the lumpfish, the Senegalese sole, and the greater amberjack.

Spotted wolffish has been considered a potential species for cold-water marine aquaculture since the late ’90s, with a current interest in Norway, Canada, Iceland, Sweden, and the USA. The potential for farming is related to several attractive characteristics, such as high market value, good growth rates (4kg in 4 years) at high densities, few disease problems, or hatching of a well-developed fry ready to be fed on pellets.  However, this is a bottom-dwelling species with very different habits compared with more commonly farmed marine species. 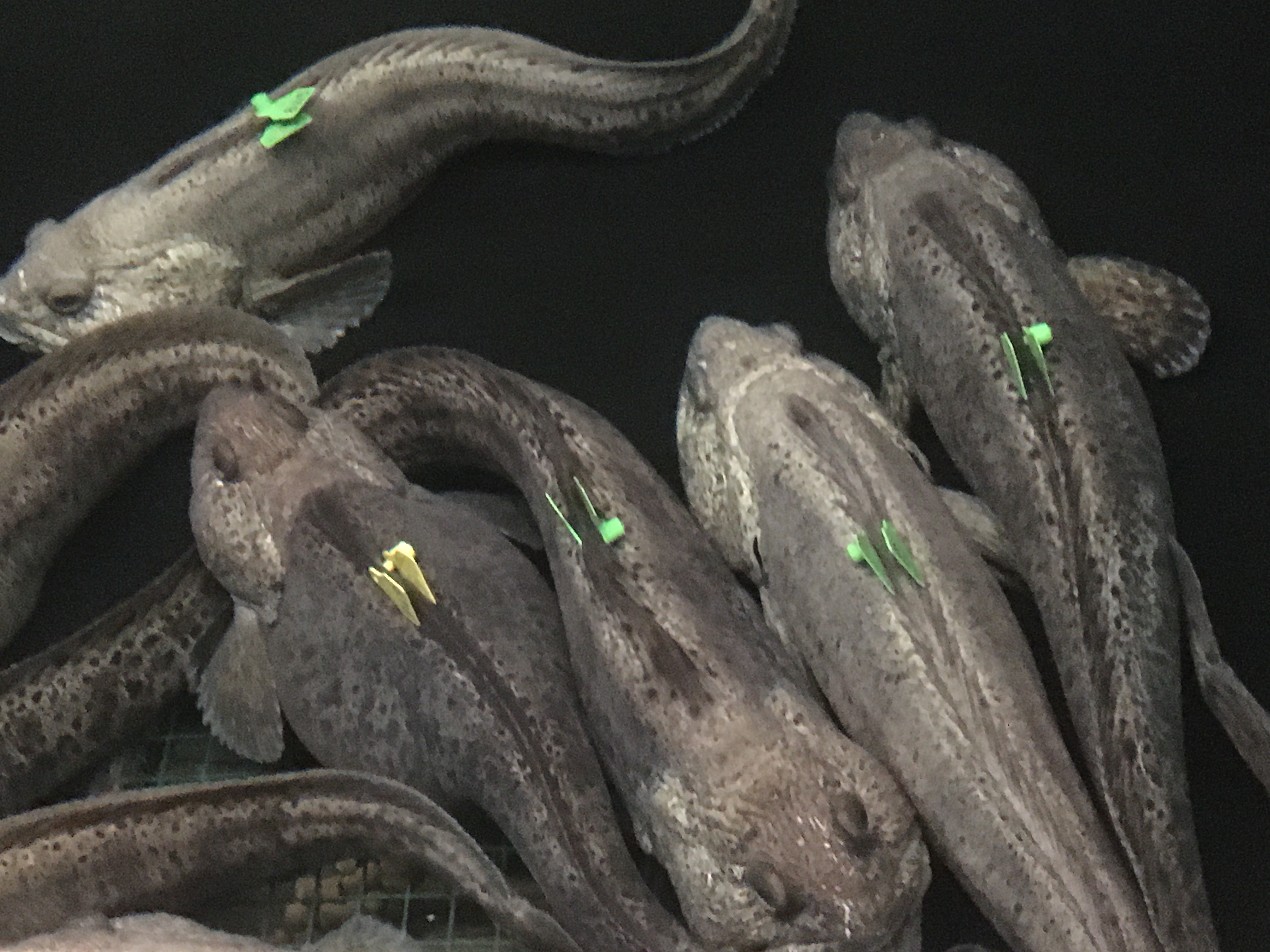 Lack of knowledge about its biology, especially regarding its reproduction, and farming technology has prevented more investment. Spotted wolffish is already commercially produced on a small scale with future expansion dependent on tackling the remaining bottlenecks related to its production.

During the BESTBROOD, research efforts will focus on key aspects of the species reproductive biotechnology that will contribute to a more predictable production of high-quality spawns in these species. The work will include identification of gamete quality and genetic markers in WP2; the development of specific broodstock diets and the study of welfare challenges in farmed and wild broodstocks in WP3; the development of hormonal treatments using implants in WP4; and the scale-up to a commercial setting of sperm cryopreservation protocols essential to improve artificial breeding routines in this species in WP5.

Lumpfish is Norway’s 3rd most valuable farmed species, after salmon and trout. In 2018, 32 million individuals were farmed, at a value of 60 million Euros. Lumpfish is produced solely for the purpose of eating lice of salmon in sea cages and has little value otherwise as it is not a common species in any market. Commercial production of lumpfish is still a very new industry but has increased tremendously in salmon-producing countries, and especially in Norway where costs associated with salmon lice treatments amounted to more than 500 mills. Euros in 2018. Today, between 25-30 companies actively produce lumpfish, but around 80-90 % of the eggs delivered to the industry come from only two egg producers, and close to 100% of all eggs produced stem from wild-caught fish.

For this reason, little effort has been put into broodstock optimization.

The BESTBROOD project intends to increase the sustainability of lumpfish as an aquaculture species to ensure that the farmed fish that are put into the sea cages are robust and healthy. A vital part of such work includes optimizing the processes in the hatcheries by working on the gametogenesis; Enhancement and synchronization of gamete production in wild and farmed origin broodstock; and, improving the sperm storage protocols from males that are usually culled.

Flatfish comprises a diverse group of highly valuable fish species worldwide in aquaculture. Moreover, they represent an attractive biological model to understand the molecular mechanisms that govern the severe morphological and physiological transformations that occur during metamorphosis. The Senegalese sole is the most important flatfish cultivated in Southern Europe (Spain, Portugal, and France) by the market price. Currently, more than 1 600 tonnes are currently produced in Europe under advanced recirculation systems and although important advances have been obtained in the last years, this species 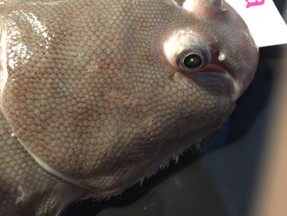 has to face specific challenges and bottlenecks related to lack of reproduction success for males cultured in captivity, the high dispersion of sizes or the high incidence of malformations. Major efforts are required to investigate the control of reproduction, the implementation of genetic breeding programs, and the exploitation of the high plasticity of this fish during larval development and metamorphosis.

The optimization of hatchery and nursery protocols is a demand to boost sole aquaculture. In BESTBROOD, advanced research related to the lack of reproduction of hatchery-produced males, and methods for artificial fertilization at an industrial scale will be carried out to sustain seed supply in the industry. Genetic markers and gamete quality indicators will be developed (WP2) and plasticity will be investigated by using, nutritional reprogramming trials (WP3). The enhancement of gamete production techniques (WP4) and the scaling of artificial fertilization methods (WP5) will be a significant step forward in the sole industry.

In the effort to diversify and expand aquaculture production, the greater amberjack Seriola dumerili is one of the most promising species worldwide, due to its cosmopolitan distribution, rapid growth, and large size, late maturation, and high market acceptability.  As consumers show increasing interest in value-added seafood products, large-sized fish species are more appropriate for the processing and production of a number of products suitable for profitable market niches.  Reproduction control has been one of the main bottlenecks for the commercialization of greater amberjack, with failure of oocyte maturation, ovulation, and spawning being the major problem observed. This dysfunction, which is caused by the inadequate pituitary release of luteinizing hormone (LH) when vitellogenesis is completed, has been addressed successfully in a number of recent studies (EU FP7 DIVERSIFY, www.diversifyfish.eu) using hormonal therapies in the form of multiple injections or controlled-release delivery systems of Gonadotropin-Releasing Hormone agonists (GnRHa). 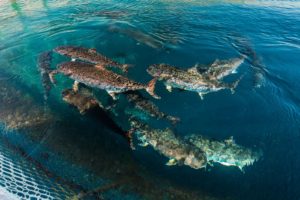 However, the fertilization success of the produced eggs was generally low, compared to the other Mediterranean farmed species, even when different GnRHa doses, application methods, and timing of application were examined.  This led us to the hypothesis that the lower sperm production documented during the project could be responsible for the low fertilization success.  Therefore, the objective of BESTBROOD is to enhance the spermiation and sperm production of greater amberjack.  Males fish will be treated with (a) GnRHa implant, (b) a GnRHa injection, (c) an hCG injection, and (d) saline (controls).  The fish will be placed in different tanks and will be sampled again on days 7 and 14 for blood, pituitaries, and gonads for various analyses.

The most effective spermiation enhancement treatment for greater amberjack will be implemented in a commercial broodstock used to produce eggs (ARGOSARONIKOS FISHFARMING SA, Greece) in WP5 to evaluate their performance in sperm production and quality, fertilization success, and egg and embryo development.