Here is a story of a monumental project we were lucky to be part of, and which was published today in Science. Read the full article here!

Humans re-shape the environments where they live, with cities being among the most profoundly transformed environments on Earth. New research now shows that these urban environments are altering the way life evolves.

A ground-breaking study led by evolutionary biologists at U of T Mississauga (UTM) examines whether parallel evolution is occurring in cities all over the world. In findings published in the journal Science, the Global Urban Evolution Project (GLUE) analyzed data collected by 287 scientists in 160 cities in 26 countries, who sampled the white clover plant in their cities and nearby rural areas. A team of researchers from Nord University and NTNU also participated in the project, contributing data from Trondheim. 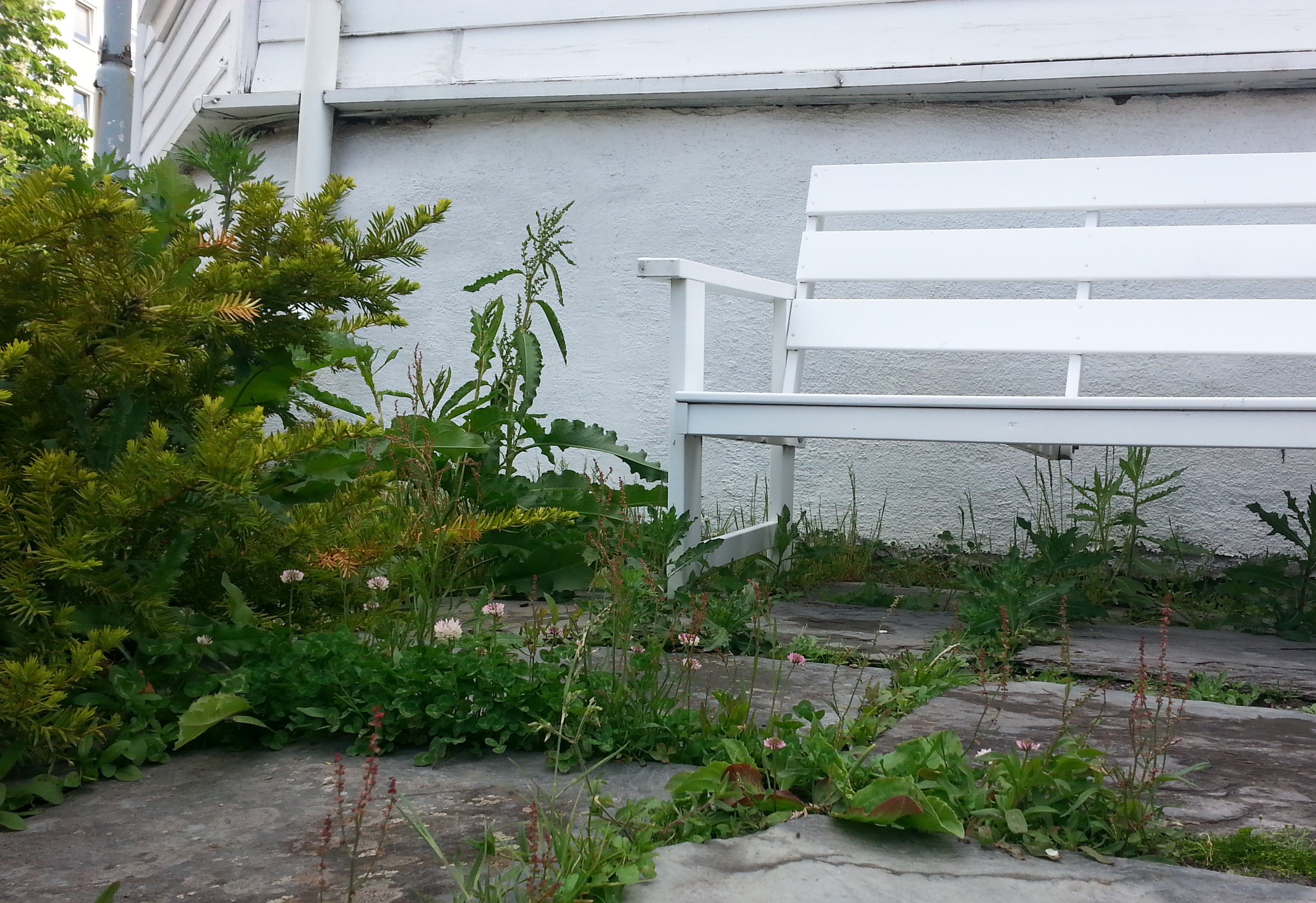 A street corner in Trondheim. White clover (Trifolium repens L., Fabaceae) is one of the few organisms which can be found in almost every city on Earth. Photo credit: Joost Raeymaekers.

The GLUE consortium found the clearest evidence yet that humans in general, and cities specifically, are a dominant force driving the evolution of life globally. From Canada to Japan, and Australia to Norway, white clover is frequently evolving in direct response to environmental changes taking place in urban settings.

The GLUE study illustrates that the environmental conditions in cities tend to be more similar to each other than to nearby rural habitats. In that sense, downtown Toronto is more comparable to downtown Tokyo in many ways than it is to surrounding farmland and forests outside of the city.

Not only were researchers able to observe global adaptation to cities, they identified the genetic basis of that adaptation and the environmental drivers of evolution. White clover produces hydrogen cyanide as both a defense mechanism against herbivores and to increase its tolerance to water stress, and GLUE found that clover growing in cities typically produce less of it than clover in neighbouring rural areas due to repeated adaptation to urban environments.

It is the changes in the presence of herbivores and water stress in cities that is pushing white clover to adapt differently than their rural counterparts.

That finding holds true for cities across various climates, and the implications reach far beyond the humble clover plant.

“This study is a model to understand how humans change the evolution of life around us. Cities are where people live, and this is the most compelling evidence we have that we are altering the evolution of life in them. Beyond ecologists and evolutionary biologists, this is going to be important for society,” says Rob Ness, an assistant professor of biology at UTM who co-led the project with Professor Marc Johnson and their PhD student Santangelo.

GLUE examined white clover because it is one of the few organisms present in almost every city on Earth, providing a tool to understand how urban environments influence evolution.

The unprecedented global collaboration across 160 cities began with a single Tweet from Marc Johnson. In Norway, Professor Joost Raeymaekers at Nord University and BSc student Manon Jeannot at NTNU responded to the Tweet. Together with Professor Øystein Opedal at Lund University, they collected and processed over 700 white clover samples from Trondheim for the study. Associate professor Martijn Vandegehuchte, now at NTNU, worked with professor Dries Bonte and doctor Jiao Qu at Ghent University to contribute white clover samples from the Belgian cities Ghent and Antwerp.

“The study would have been impossible without the large set of collaborators across the globe. When reading Marc’s Tweet, I immediately recognized the importance of this project,” says Raeymaekers. “There has never been a field study of evolution of this scale, or a global study of how urbanization influences evolution.”

The Trondheim team collected the white clover samples across an 8 km transect from the city centre to the rural areas. Symbolically, the start of the transect was chosen at the clover sign of Café Dublin, the Irish Pub in the middle of the city. From there, the researchers collected white clover plants every 200 metre, covering Trondheim’s urban, suburban and rural areas. 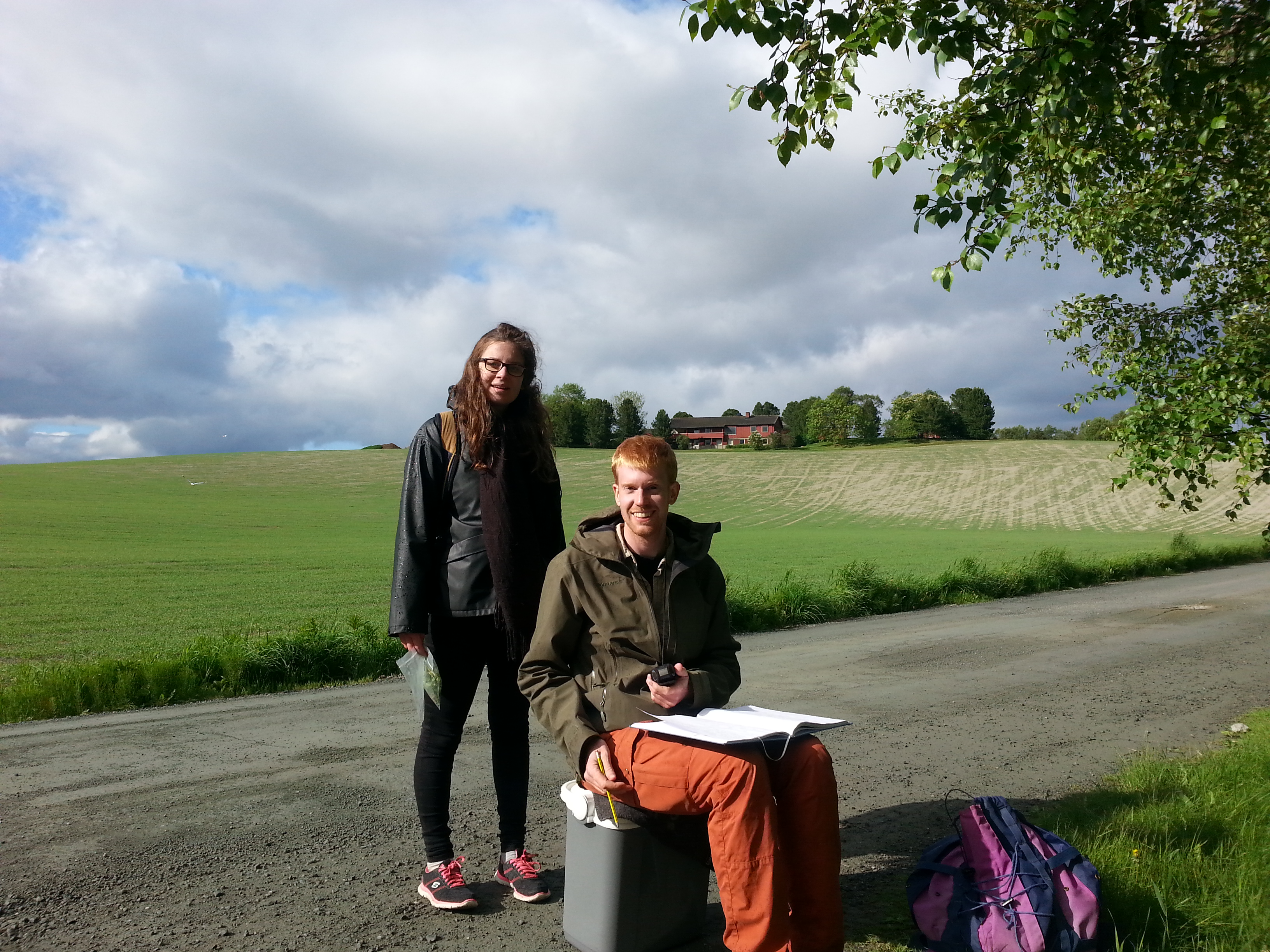 Manon Jeannot and Øystein Opedal, taking a break during the clover sampling in the rural areas near Trondheim. Photo credit: Joost Raeymaekers.

“I first thought it was going to be hard to find white clover in the middle of the city,” says Manon Jeannot. “But once we started searching, we found it everywhere.”

Trondheim turned out to be one of the cities where urban and rural populations of white clover are rather similar. “We are glad we could contribute data to the study for one of the most northern cities in the project,” says Øystein Opedal. “For the moment we don’t know why Trondheim doesn’t follow the overall trend, but the colder climate, the vicinity of Trondheim fjord, or the lower degree of urbanization compared to other cities might play a role.”

Now that the scientists know humans are driving evolution in cities across the planet, that information can be used to start developing strategies to better conserve rare species and allow them to adapt to urban environments. It can also help us better understand how to prevent unwanted pests and diseases from adapting to human environments.